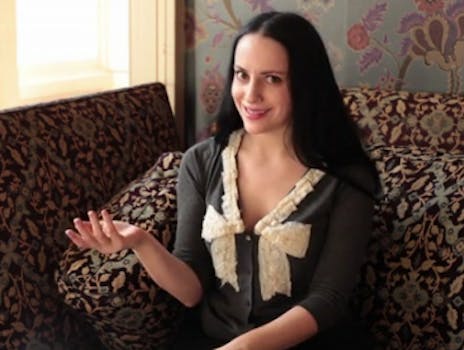 How a single tweet powered an artist’s Kickstarter campaign

All it took to kickstart one artist's fundrasiing campaign was a single tweet from writer Neil Gaiman.

Twitter and Kickstarter, the crowd-sourced fundraising platform, are a match made in heaven.

“The 1st Kickstarter I’ve seen that makes me wonder whether I should become an $8000 top-level supporter,” Gaiman posted to his more than 1.6 million followers.

The project is a nine-piece art show detailing the different components of the world’s financial collapse and the people behind the fallout—both proprietors and protestors.

A few minutes after Gaiman’s tweet, Crabapple’s pledge total had jumped from $12,670 to just under $21,000. The bulk of the increase came from just one individual.

“It wasn’t @neilhimself,” Crabapple wrote on Twitter. “It was a very awesome gentleman named Jared.”

The campaign’s backers page shows that two Jareds—Jared Obermeyer and Jared Polis—contributed to the project in the hour following Gaiman’s tweet.

Obermeyer, however, is the only one of the two who follows Gaiman on Twitter, leading the Daily Dot to believe that he was the $8,000 contributor. (Obermeyer has not yet responded to a request for comment on the story.)

With 19 days to go, Crabapple’s project has currently raised $23,045 of its $30,000. Considering that 32 people have backed the project since Gaiman’s tweet late last night (a sixth of the total backing number), Crabapple has to like her chances of successfully funding a second Kickstarter campaign.

If she’s lucky, Gaiman will have nice words to say about that, too.