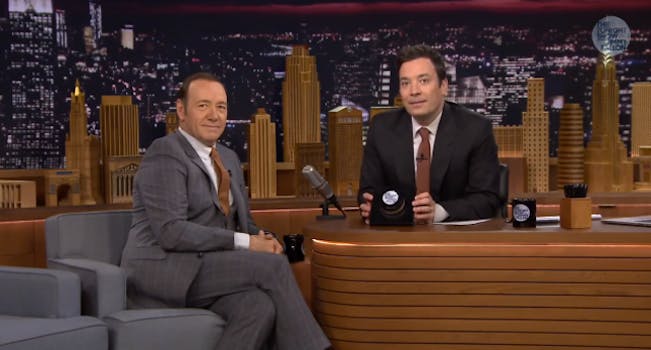 Just wait for the Michael Caine.

Kevin Spacey is quite skilled at channeling power-hungry sociopath Frank Underwood on House of Cards, but last night on The Tonight Show, he really showed his range.

Spacey took part in the Halloween edition of Wheel of Impressions, an “impression generator” that pairs a celebrity with a spooky topic. Fallon joined in as well, but Spacey’s Michael Caine impression takes the cake. (His Christopher Walken’s not bad either.)