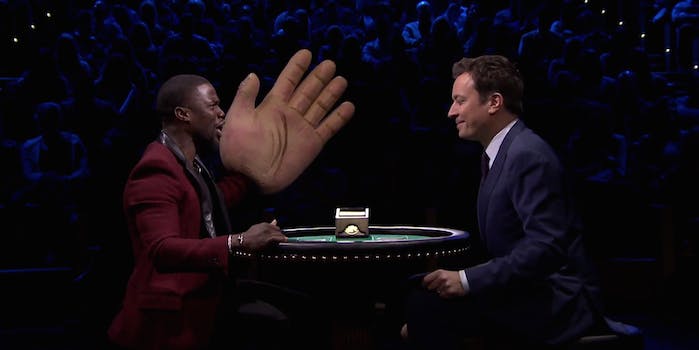 Jimmy Fallon and Kevin Hart have a wild slap fight

They've got giant hands, and someone's guaranteed to get slapped.

Kevin Hart may finally be getting his revenge for being forced to ride a giant roller coaster.

Hart and Tonight Show host Jimmy Fallon go all in on a game of Slapjack, which basically functions as your regular game of Blackjack except the winner gets to slap the loser with a giant rubber hand.

We can nitpick on the style of Blackjack they’re playing all day, but that doesn’t really matter—nor, I suspect, does anyone even care about the game. Let’s just see some slaps!