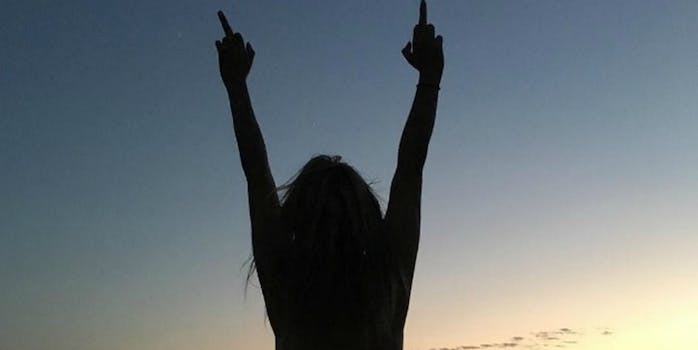 The pop star posted the care-free message reclaiming her self-worth.

Kesha is making waves again with her Instagram post on Sunday revealing a long-time battle with depression and an eating disorder.

“I have decided to take my life back. My freedom. My happiness,” read the caption.

Sporting nothing but bikini bottoms and two middle fingers pointed toward the sky, Kesha wrote about an “uphill fight” between her career, body image, and self-worth. The liberating post received more than 66,000 likes, and thousands commented their support.

She appeared to be on a tropical getaway with a group of friends.

Kesha has dealt with many troubles in her career, most recently her publicized lawsuit with her former producer, Dr. Luke, who she has accused of manipulation and sexual assault.