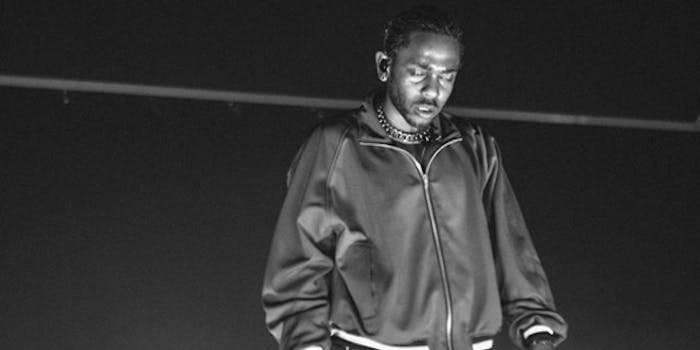 With a little help from U2 and Dave Chappelle.

The day Kendrick Lamar ceases to outdo himself is the day he stops performing—and thankfully, today was not that day.

Cue Lamar, who continued to barrel through his portion of Jay Rock’s explosive “King’s Dead,” his dancers bounding across the stage behind him. Lamar thrust his finger in the air as gunshots rang out, and one by one, every dancer collapsed until he was left standing alone.

It was a breathtaking opening statement from an artist who continually raises the bar and redefines what awards show performances can be. He didn’t stay off the stage for long, as he quickly returned with Rihanna to accept the best rap/sung performance award for “Loyalty.” Lamar even ceded the microphone to Rihanna during his acceptance speech, proving he’s a class act whose critical and commercial dominance shows no signs of slowing.