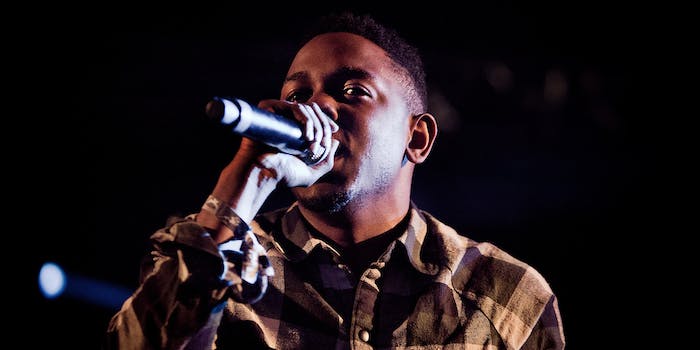 The best Kendrick Lamar track since 2012.

Kendrick Lamar‘s recent output did not suggest that’d he’d drop a guillotine on the rap game Monday. But thanks to leading man producer Boi-1da, a college ruled notebook crammed with muscular couplets, and Kingston, Jamaica-made dancehall vocals from Assassin (whom you may remember from Kanye West’s Yeezus), Lamar’s new single “The Blacker the Berry” did just that.

It revealed Lamar as a hall monitor class critic, a sentiment soon amplified by public statements about Ferguson, Mo., “when we don’t have respect for ourselves, how do we expect them to respect us? It starts from within. Don’t start with just a rally, don’t start from looting — it starts from within.”

But “The Blacker the Berry” finds Lamar back writing music for men of color with a cultural love for loud bass, taking aim at older and disconnected citizens “watching me as I pull up, fill up my tank, and peel out.” He routinely calls himself a hypocrite for failing to live consistently within his personal philosophies and for folding into artistic avenues forced upon him, saving harsh words for himself: “I’m a proud monkey, you vandalize my perception but can’t take style from me.”

The track slams pavement when its auteur speaks as the everyman with biting passing commentary, “I mean it’s evident that I’m irrelevant to society / That’s what you’re telling me—penitentiary will only hire me.”