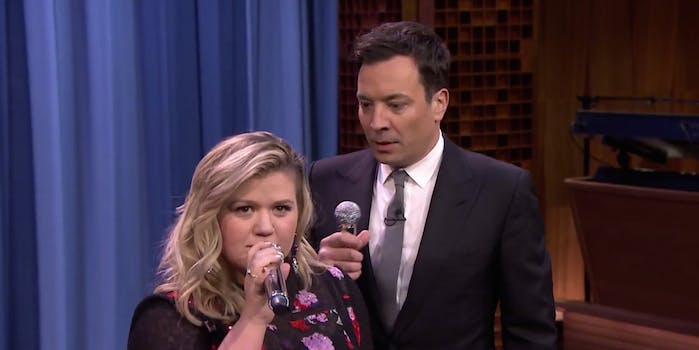 Kelly Clarkson and Jimmy Fallon totally duet on the floor

They make a pretty great Sonny and Cher.

If you’re in need of a duet partner, look no further than Jimmy Fallon.

Already a historian of rap and dance, he and Kelly Clarkson took on some of the most iconic duets of the past 50 years in a medley packing a punch of powerful ballads and ditties. They’ve not only got the vocals for it, but they’re bringing the dance moves, too.

They cover everything from Sonny and Cher to the Human League, Stevie Nicks and Tom Petty, and Lionel Richie and Diana Ross, and they’re willing to commit to the bit no matter what it takes. Even if it involves Fallon putting on a fake birthmark for his Aaron Neville impression.