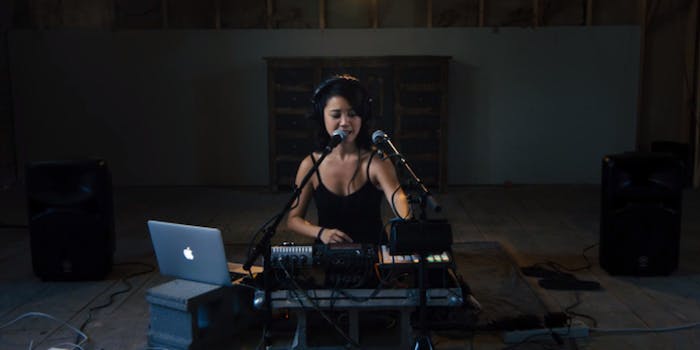 We introduced you to Lawrence, Kan.-based musician Kawehi back in March, when her cover of Nirvana’s “Heart-Shaped Box” went viral. For her latest trick, she’s mashed up Shakira, the Super Mario Bros. theme song, and Jennifer Lopez.

As part of a Kickstarter effort for her Robot Heart EP, Kawehi has been taking on cover requests from backers. This is yet another request, which loops together Shakira’s “She Wolf”; the classic video game theme song, which has been covered extensively; and Jennifer Lopez’s “Booty.” No one has likely ever thought about those songs together in this context, but Kawehi makes it work.

Screengrab via I am Kawehi/YouTube