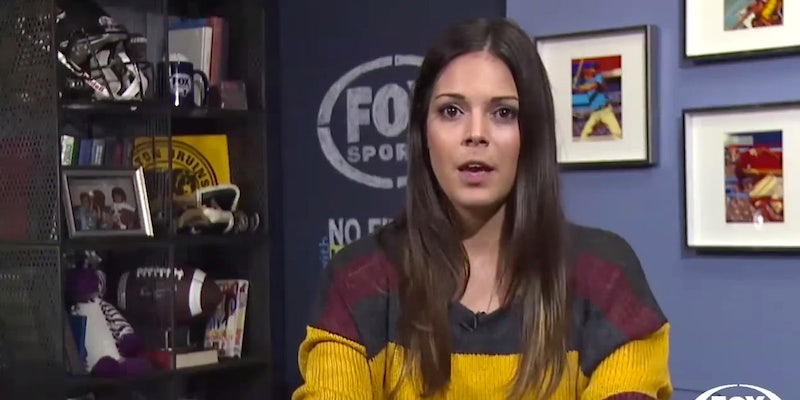 “The truth is, the NFL will never respect women and their opinions as long as the media it answers to doesn’t."

The solution to getting the NFL to respect women in the aftermath of Ray Rice’s suspension may lie beyond the NFL.

Like her colleagues and fellow fans, Fox Sports’ Katie Nolan is in a tough position. Her love of the game is conflicting with her beliefs after the NFL’s mishandling of Rice’s domestic violence, but it’s not just a problem with the men who run the NFL. The NFL doesn’t respect women, she argued, and neither does the sports media industry.

Using many of the jobs she and fellow female sports reporters have performed on-air, she demonstrates just how little their male colleagues respect them, delegating them to secondary positions or even being allowed to operate a computer instead of sitting at the big boys’ table.

At one point, she had the opportunity to ask Roger Goodell why he didn’t give Rice a harsher punishment but she didn’t, fearing the repercussions. Despite that the act of speaking out could jeopardize her job, she’s doing it now.

“Because, the truth is, the NFL will never respect women and their opinions as long as the media it answers to doesn’t,” she said. “I’m ready when you are, Fox.”