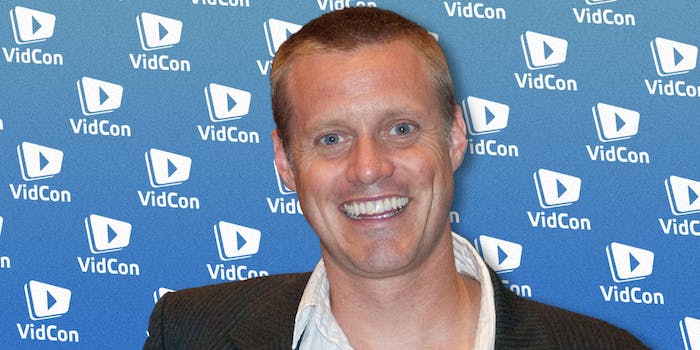 Katie Couric to bring old-media prestige to the VidCon stage

As old media and new media continue their collision course, VidCon will bring both straight to the stage at this summer’s event, with world renowned journalist Katie Couric interviewing Internet mastermind Ze Frank.

Frank is a stalwart of Internet culture and one of the pioneers of digital video. Currently he’s the president of BuzzFeed Motion Pictures, where he’s developed a signature style of digital video content. Couric has served as a host on NBC, ABC, and CBS during her 36-year career, and she is now the Yahoo Global News Anchor.

“We’ve set the stage for Katie Couric, one of the most respected journalists of our

time, and Ze Frank, one of the most creative online video personalities this industry has

seen, to explore the future of narrative entertainment,” said Hank Green, co-founder of

VidCon, in a statement. “This meeting of the minds will give attendees rare insight into one of the most

exciting growth areas in online video, and is sure to offer a unique and unexpected view

VidCon’s industry side, which caters to the business of online video as opposed to the fandom, has also announced several other high-profile speakers, including Susan Wojcicki of YouTube and Jennifer Prince of Twitter. Companies like Vessel, GoPro, and Periscope will all be represented at the event.

The convention also instituted a new Creator Track this year to cater to the area between fan and professional, aimed at creators looking to jump to the next level.  Meanwhile, the biggest stars of YouTube will be entertaining their fans on the Community Track with interviews, signings and panels.

Photo via Jason Hargrove/Flickr (CC BY 2.0) | Remix by Jason Reed