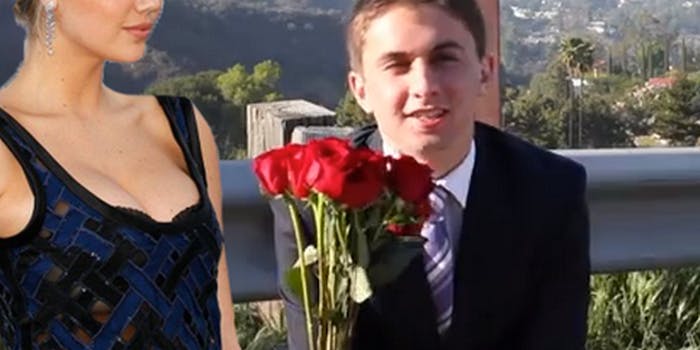 Kate Upton can’t make it to the high school prom

The Daily Dot would like to extend a hearty “Good job, good effort” to Jake Davidson, the high school kid who made headlines last week when he asked the supermodel Kate Upton to prom. Unfortunately for the sprightly high school senior, the supermodel can’t make it.

Upton declined the Los Angeles kid’s invitation this weekend, telling People Magazine that “I’m not sure if I’ll be able to go with him or not, due to my schedule.

“I want to, but I just don’t know if I can make it work. But I really appreciate being asked; it made me feel really great!”

Davidson’s chances may have been altogether doomed from the start, but he did put up a pretty good fight. Posted last weekend, the kid’s invitation video received over 2 million views and  eventually earned the attention of the Sports Illustrated cover girl herself, who spoke via telephone with Davidson on the Today show, a brief segment that found the tall, blonde model giggling and complimenting Davidson even though she was probably busy doing something else like painting her toenails the whole entire time.

Davidson will now be relegated to asking one of his female classmates to accompany him to prom, a move that will likely remind him, just as it did for many of us, that prom’s more or less a waste of time unless you’re one of the kids from Full House.

Then it’s a valuable learning experience.