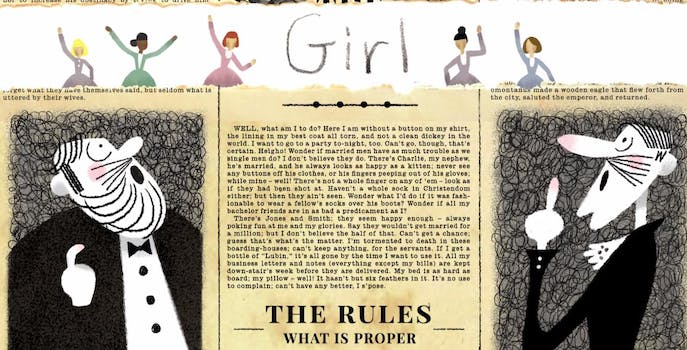 Tuesday’s Google Doodle is an homage to ceiling-shattering journalist Nellie Bly. But it also features a new coastline for the global gimmick: Said animation boasts an original song from Yeah Yeah Yeahs singer Karen O, the first licensed by Google for such an event.

“Oh Nellie take us all around the world, and break those rules ’cause you’re our girl too,” goes the affecting, twee-drenched, acoustic hook. It’s a highly commercialized sonic arena that you’ve seen co-opted on just about every advertising campaign from Tide to Chili’s. Here, its soft-spoken brevity sticks.

Also, Karen O is one of rock’s last great badasses, so she can pluck however she pleases.

As for Bly, she would be 151 years old today. The groundbreaking reporter’s Wikipedia entry sums up her contributions well:

She was also a writer, industrialist, inventor, and a charity worker who was widely known for her record-breaking trip around the world in 72 days, in emulation of Jules Verne’s fictional character Phileas Fogg, and an exposé in which she faked insanity to study a mental institution from within. She was a pioneer in her field, and launched a new kind of investigative journalism.