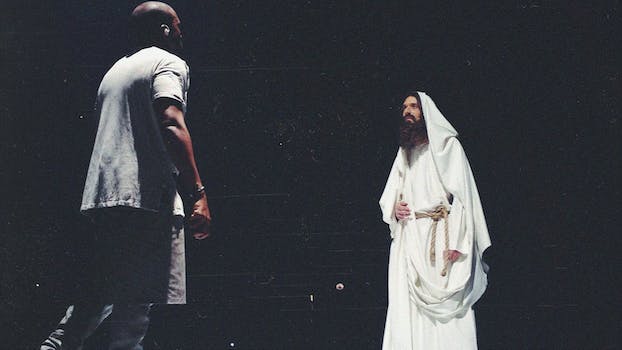 The bootleg Yeezus tour film spans all 38 dates and took 7 months to make.

Kanye West‘s global, 38-date Yeezus tour was one of the most uncompromising and ambitious high-dollar road spectacles of the 21st Century. Even by West’s champagne taste with respect to live spectacles, the Yeezus tour left the pop genre in the rearview when it launched in 2013.

It was certainly the only rap tour in history to feature a traveling white Jesus, and a life-sized glacier.

Rap video pioneer Hype Williams will direct the accompanying concert film, but at over a year in the making, that project is slow-moving. And so, amateur and fan John Colandra scavenged YouTube for footage from every show and compiled his own, two-hour product.

The venture took him seven months to finish, and even builds in a beefy set from tour opener Kendrick Lamar. It’s a world class, “just because” hobbyist masterpiece—watch it below.