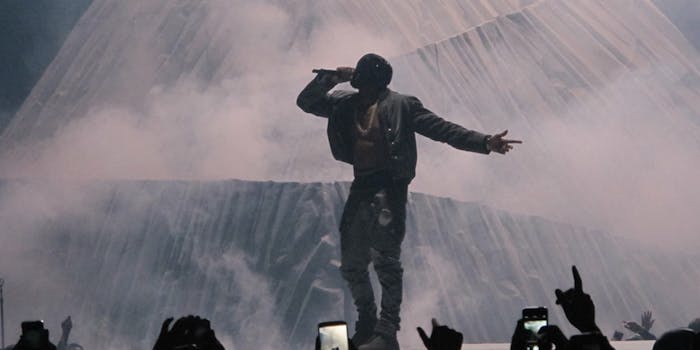 Bag of air from Kanye West Yeezus concert going for $60,000 on eBay

How much would you pay for a few breaths of Yeezus air?

Perhaps more than any other site, eBay has a way of going from zero to off-the-wall insane in about five seconds. That is more clear than ever today, as the popular auction site is filled to the brim with bags of air from a Kanye West concert. 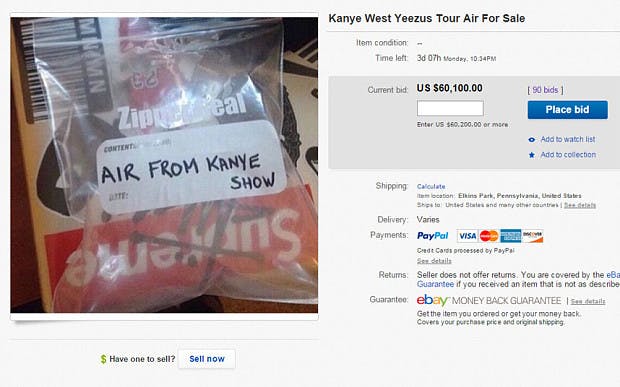 It all started with a single auction for what the seller described as “Kanye West Yeezus Tour Air For Sale,” explaining in the auction’s description that he simply “held bag open and sealed air in,” allegedly during a recent Kanye show. The auction reached as high as $60,000 before disappearing from the site, but that hasn’t stopped others from trying to cash in with their own bags of sweet, sweet concert air.

At the moment, there are at least a dozen similar plastic bags for sale on the auction site, most of which claim to have air captured from Kanye’s Yeezus tour shows. There are some, however, that fully admit they are simply cashing in on the hype and don’t actually have air from a Kanye concert.

“Its just air,” reads one auction description. “I could say that I went to the tour, bagged it and sealed it off into air tight packaging,which is just the bubble wrap you get from regular shipped items, but I didn’t say that.”

The seller then goes on to explain that he’s really just trying to pay off some school loans. Don’t you just love the free market?

H/T The Telegraph | Photo via Peter Hutchins/Flickr (CC BY SA 2.0)