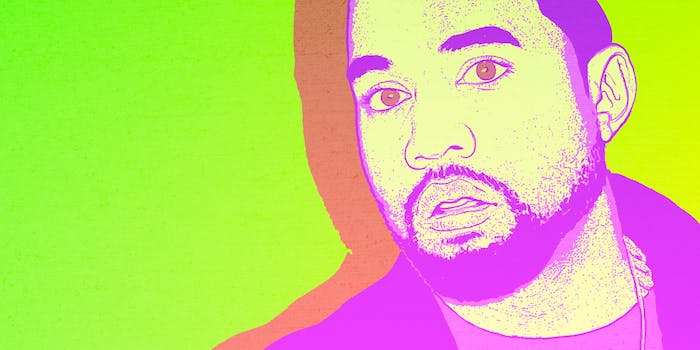 Turns out you shouldn't take Kanye at his tweets.

About that whole “Tidal exclusive” thing…

In mid-February, millions of Kanye West fans reportedly flocked to Jay Z-backed streaming music service Tidal to cue up the rapper’s new music. This app, West said, was the only streaming outlet that would harbor his seventh solo album, The Life of Pablo.

On March 31, Pablo landed on Spotify and Apple Music. Now West and Tidal have been sued for alleged deceptive advertising, with a proposed class action case that claims fans were bamboozled into springing for the service under false pretenses. A Tidal subscription will run you $9.99 a month, but the album was later released on ad-supported, free services.

Justin Baker-Rhett filed the suit Monday in San Francisco’s U.S. District Court. The plaintiff is also asking a judge to order Tidal to delete the data it collected on “millions” of new users. States the lawsuit: “Mr. West’s promise of exclusivity also had a grave impact on consumer privacy.”

As Bloomberg reported, the suit “contends the value of new subscribers and their personal information could be as much as $84 million for Tidal.” Tidal claims Pablo was streamed more than 250 million times during its first 10 days on the service. The streaming success of Pablo was enough to carry it to a No. 1 Billboard debut.

West is likewise one of several rock-star owners with a stake in Tidal. According to Bloomberg, Jay Z is also listed as a defendant in Baker-Rhett’s suit.