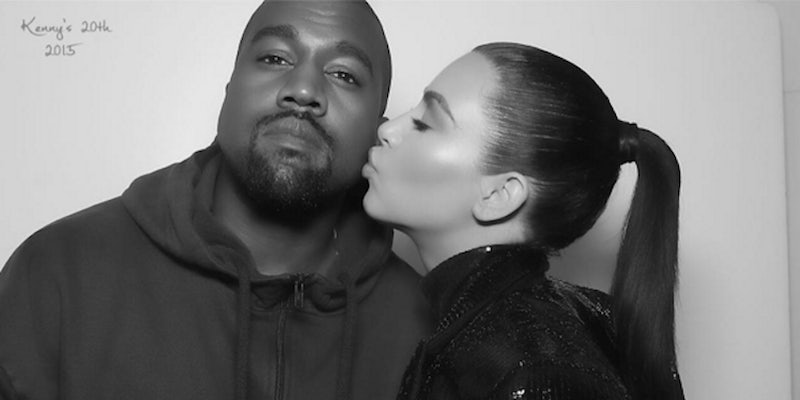 Kanye West has been busy in the years since his last album: He married his longtime dream girl, Kim Kardashian; the pair welcomed daughter North and son Saint to the world; and Yeezys, the sneakers he designed for Adidas, are flying off the shelves. So it’s about time he threw a new album into the mix.

The album (titled Swish) is set to be released Feb. 11, but apart from the release of one-off tracks, no other info had been available until Monday when the rapper tweeted a photo of the final track listing.

So happy to be finished with the best album of all time pic.twitter.com/JBWa8OWvqw

West’s collaboration with Kendrick Lamar, “No More Parties in L.A.,” made the cut on the 10-track album, and sister-in-law Kylie Jenner evidently gave her blessing at the bottom of the page.

West had previously announced that the album’s title would be So Help Me God, but he had a change of heart in May 2015 that seems to have been brought on by how much he loves his wife.

So Help Me God pic.twitter.com/e3UUsQQEts