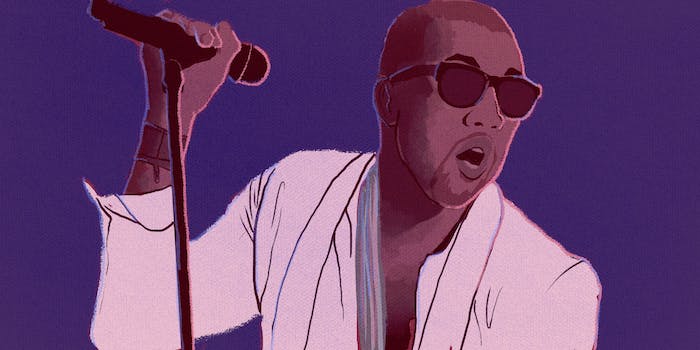 Are we getting closer to 'Swish'? Let's hope not.

Just before the ball dropped on New Year’s Eve, Kanye West sneaked in one last attention-grabbing stunt into 2015.

Yeezus dropped a new song on SoundCloud late Thursday night called “Facts” that bends the meaning of the word.

The fiery diss track opens with a sample of Father’s Children’s “Dirt and Grime” but ultimately comes off like a desperate ploy for social media relevance. To wit:

As Billboard notes, West also released a new song on New Year’s Eve in 2014, “Only One,” and he recently shared two (relatively) new tracks in October.

Are we inching closer to the release of West’s next record, tentatively titled Swish? Given what we’ve heard lately, I hope not.