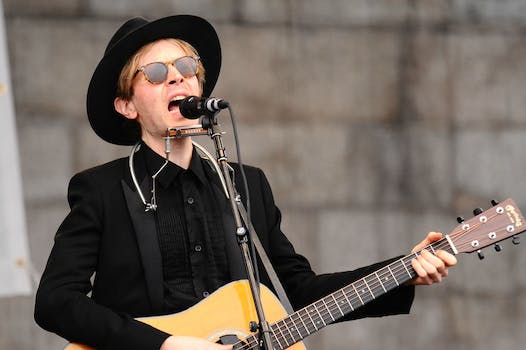 He's angry—and he lets everyone know.

Beck won Album of the Year for 2014’s Morning Phase on Sunday during the 57th annual Grammy Awards. Unsurprisingly, Kanye West did not agree with the Academy’s decision.

In a callback to the 2009 MTV Video Music Awards, West stormed the podium in protest of the results. This time, however, he just smiled and walked away. It was a moment that both expressed frustration at Beck’s victory over Beyoncé and poked fun at West’s own penchant for absurd fits of deadly serious artistic indignation.

America laughed along with him. But after the Grammys, in an interview with E!, West made it clear that the results legitimately upset him.

It’s worth reiterating how comically and historically bad the Grammys are at capturing any sort of meaningful zeitgeist with respect to the handing out of awards. Beck became a generation-X icon 20 years ago and has written at least six better, more vital albums than Morning Phase. The LP sold 300,000 copies worldwide (mostly from Starbucks displays, I’d wager), whereas the eponymous Beyoncé record it defeated on Grammy night sold 5 million copies.

The Academy lives to use Album of the Year as a reward for aggregate bodies of work. Since 1998, this award has gone to grey artists such as Steely Dan, Bob Dylan, Carlos Santana, Ray Charles, U2, Herbie Hancock, and Robert Plant.

But it has also gone to white pop acts like Adele, Taylor Swift, and indie dad rockers Arcade Fire. African-American artists with hip-hop roots are often restricted to compartmentalized categories like Best R&B Performance. Couple that with a bubbling pre-ceremony concern that white rapper Iggy Azalea would serve as a genre stand-in on the acceptance podium, and African-American music fans were understandably uneasy about who went home with what.

When Azalea lost out on all four of her nominations, in fact, there was veritable social media celebration.

"Album of the year: Beck" pic.twitter.com/sc55H2EOjc

Even Bey herself seemed to enjoy West’s principled stand as it happened.

But public attacks over arbitrary statues are difficult for mainstream audiences to sympathize with, especially when the losers are still multi-billionaires with more houses than the rest of us will ever even visit.

West had enjoyed a massive night prior to his dissenting opinion, performing alongside Paul McCartney and even making up with the woman he’d originally ambushed post-award so long ago, Taylor Swift.

It's crazy how Kanye was able to forgive Taylor Swift after all these years pic.twitter.com/mxSDxZz25i