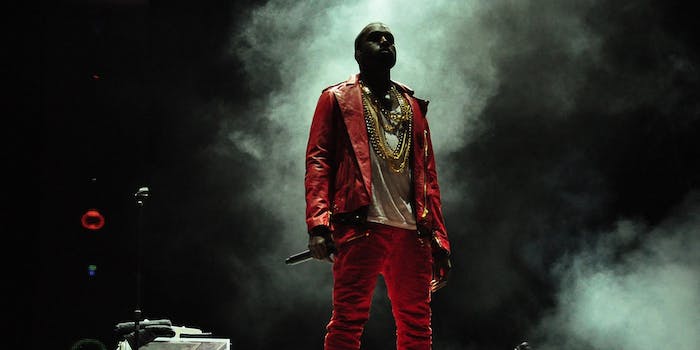 Kanye West wear lots of hats, or rather Margiela crystal encrusted face coverings. He is a rapper, a self-proclaimed deity, a Kris Jenner talk show guest, shruggie muse, fashion designer, Kardashian husband, Illuminati secretary, and head of DONDA creative. Thankfully Kanye’s ego’s ambitions haven’t ventured into the field of public service like other celebrities.  But as the old adage goes, if you build it, Kanye will come. That’s the hope that writer and artist Ben Shepard’s website Kanye4Mayor.org holds.

As the URL would lead you to believe, it is in fact a site that carefully articulates an argument for why Yeezy would be better suited as Mayor West, Chicago’s leader in 2015. The site’s rhetoric seems to focus less on Kanye’s strengths as a mayoral candidate and more on the weaknesses of Rahm Emanuel and his current regime. Shepard outlines the his critique of Chicago’s current political landscape in the “Why?” as well as his proposed changes in an “Open Letter to Mr. West.” As for Kanye’s role in this political reconstruction of the flawed Chicago, Mr. Shepard’s provides his own explanation:

The ideal candidate has three qualities. (1) They share a vision of a New Chicago for and by all Chicagoans.   (2) They are famous, because fame is crystallized charismatic authority and this kind of big change needs significant authority. (3) They are not associated with existing Chicago politics and willing to use creative methods.

Kanye West is famous, not associated with the existing power structure and clearly willing to use creative methods.

There is no way to tell if he shares the vision of a New Chicago but three pieces of evidence suggest he might be. First is the fact that he grew up in the South Side and presumably understands the situation. Second are the politics implied by the lyrics and remarks as quoted all over this site. Third is the final track of My Beautiful Dark Twisted Beautiful Fantasy.

The true treasure of the site is the quotes section, consisting of the rapper’s most Chicago-centric and political lyrics and soundbites. So far neither Kanye nor his represetnation have adressed the site. Likely the public would have less of an issue with Kanye as Mayor then they would with Kim as Mayoress, becuase you know the self comparsions to the Obamas would be inevitable. Besides, Kanye’s rants and tangents are insufferable enough. Parish the thought of him giving stump speeches.