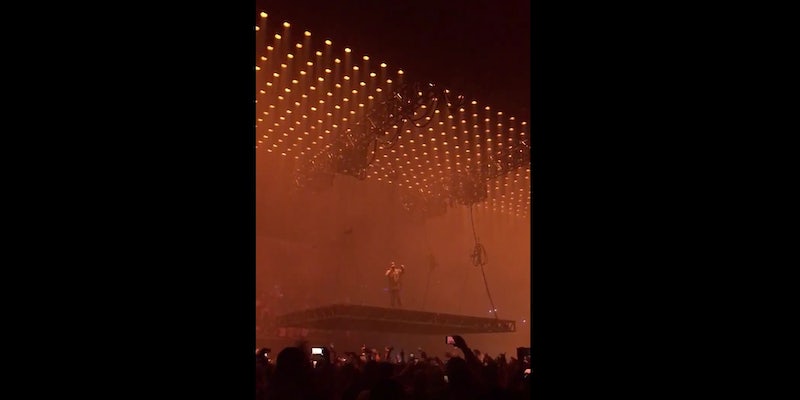 Kanye asks fans to sing for a rehabbing Kid Cudi

With the mercurial rap singer in rehab, West wanted to send him some love.

Kid Cudi‘s depression led him to rehab this month, and Kanye West wants to make sure you don’t forget him.

Tuesday night during the Los Angeles stop of his Saint Pablo tour—which many people are saying I’ve argued is the best in rap history—West implored the crowd to “sing so he can hear it.” This was between “Waves” and “Touch the Sky,” with West asking his arena onlookers to sing “Father Stretch My Hands, Pt. 1,” which features a blistering intro from Cudi himself.