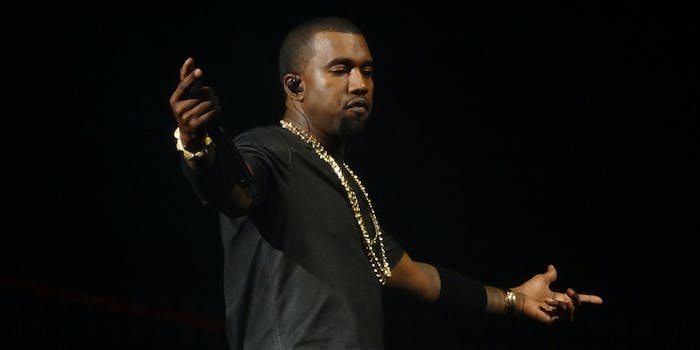 If the 'Idol' producers arranged this, they have more pull than God.

American Idol is gearing up for its fifteenth and final season right now, and the show’s San Francisco auditions got considerably more exciting this weekend when Kanye West and Kim Kardashian made a surprise appearance.

West, who was in town to perform at a Democratic National Committee fundraiser, apparently swung by the auditions and gave an impromptu performance for judges Jennifer Lopez, Harry Connick Jr., and Keith Urban.

Stunts like these are often interpreted as publicity stunts in our deeply cynical times, but the judges reportedly seemed genuinely surprised, and Kardashian tweeted screenshots of the audition with the caption “SURPRISE!”

So either West was feeling super punchy this weekend and decided to work some comedy into his schedule or Fox’s viral-moment budget for Idol’s final season is huge. Regardless, this season’s San Francisco audition episode should feature some solid Kanye moments.

He’s going to Hollywood! It’s no surprise to us that @kanyewest got a ticket 😉 pic.twitter.com/XbHrM6Sn9K