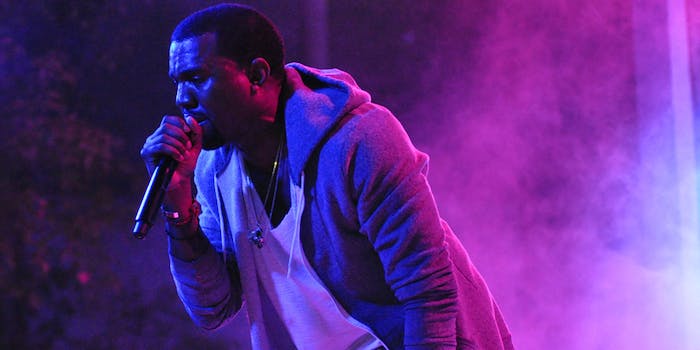 Kanye West was a last-minute addition to the Brit Awards.

Following a surprise, day-of announcement that he’d be performing, Kanye West debuted his new song “All Day” Wednesday night during the Brit Awards.

Throughout the day, several of West’s friends and others backstage tweeted out hints that Yeezus was planning to bless the crowd with a never-before performed song.

When the time came for him to take the stage ‘Ye did not disappoint, as evidenced by the expressions of those in attendance, like Lionel Richie and Taylor Swift.

A rough audio version of “All Day” has been floating around the Web since last summer, and while there’s still no official confirmation on whether or not the song will make the cut for West’s as yet untitled new album, it’s hard to imagine that he’d leave a banger like this off of it.

Hopefully we’ll get the full releases of this and his other recently revealed song “Wolves” soon, but until then we’ll have to stay satisfied with re-watching this performance and staying low like he tells us to.