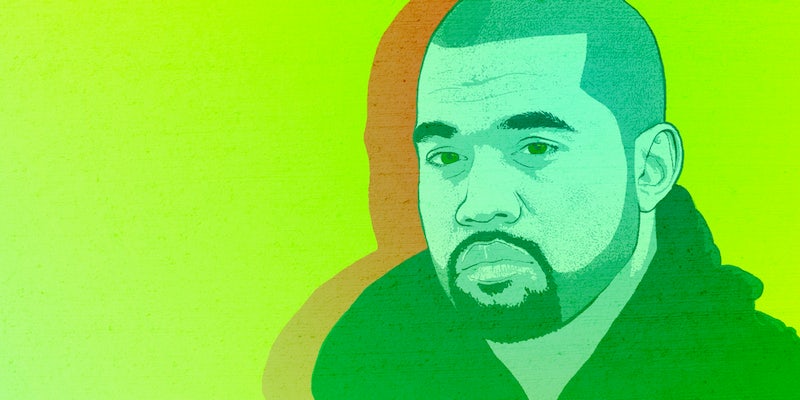 Kanye West is as self-important as he is captivating—especially when he’s comparing himself to the game’s hottest theoretical physicist.

Tuesday night during a Los Angeles release party for rapper Yo Gotti’s latest album The Art of Hustle, held at club 10AK, West spun a new track reportedly called “Closest Thing to Einstein.” It reportedly features London hook specialist Sampha, and it appears to be a seven-plus-minute epic overrun with confessionals.

“I know I’m the most influential/ That Time cover was just confirmation/ This generation’s closest thing to Einstein/ But don’t worry about me, I’m fine”

“The media said he’s way out of control… I just feel like I’m the only one not pretending.”

West is known for dumping data prior to a new album—cutting loose the bonus songs he didn’t include in the final product. This month, however, he’s almost letting his fans choose their own adventure after his Life of Pablo record hit the Web.

Don’t like “Wolves”? Here’s another version of the song with different guest artists. Here’s a music video from the director of 12 Years a Slave for a song you’ve never heard before. Here’s this one song he did for French Montana. West also claims to have written 40 songs each with heralded rappers Kendrick Lamar and Young Thug.

Of course on top of the art, West is not one to let six-year-old scrums go. And so at some point in the night he came awfully close to calling Taylor Swift a liar for publicly deriding her name-check from “Famous” at the Grammys.

As if on cue, West set the record straight on Twitter Wednesday afternoon.

Can we have that “Einstein” CDQ now?Illustration by Max Fleishman