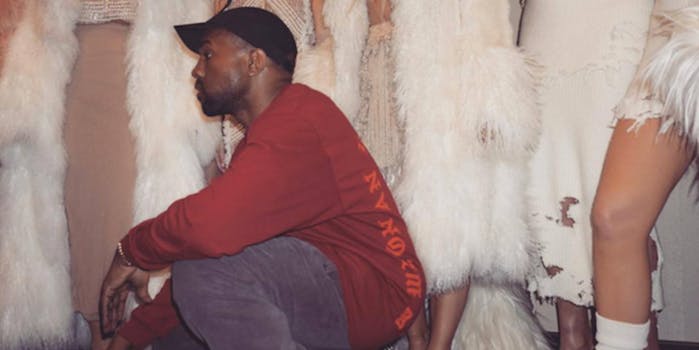 Kanye West’s ‘The Life of Pablo,’ now on Spotify

Good news for Spotify, Google Play, and iTunes users: A month and a half after it was released exclusively on Tidal, Kanye West‘s new album The Life of Pablo is available to stream on the other major services.

Earlier in the week, Pablo track and apparent lead single “Famous” appeared on Spotify and iTunes, with “I Love Kanye” appearing on Wednesday. But it wasn’t until Friday that the full album dropped.

One important thing to note is that West fully intends to keep rolling out updates to the songs in the coming months. According to a statement from Def Jam, the current version of the tracks is part of “an innovative, continuous process, the album will be a living, evolving art project.”

The only question left for Kanye or the label to answer is whether the tracks will update on the streaming services each time West tweaks one of the songs.