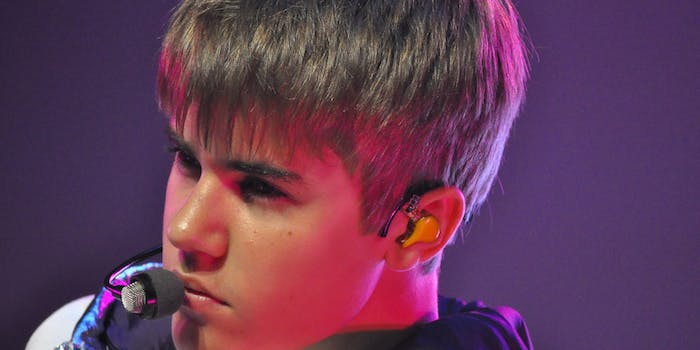 If you follow Justin Bieber on Twitter, you know he usually tweets pithy, elegant, Dorothy Parker-esque bon mots such as these:

Late night with the fellas

So needless to say, if you were following Bieber’s Twitter this afternoon, you were probably surprised to find that his latest tweets looked something like this: 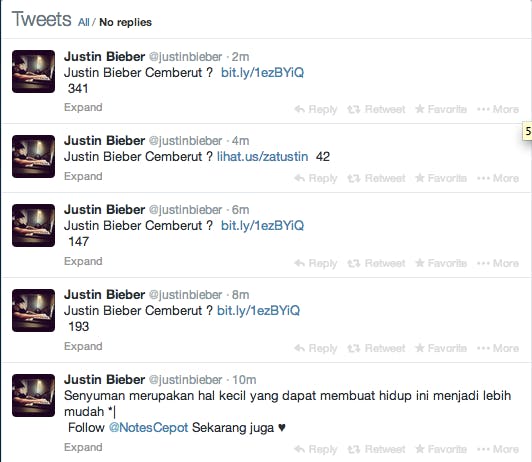 Our sweet prince, it seemed, had been hacked.

Although the tweets were deleted almost immediately, “Justin Bieber Cemberut” started trending, and loyal Beliebers jumped to action. News that yet another misfortune had fallen on their hero’s shoulders was too much to bear, and they immediately swore to get vengeance on the miscreant hacker:

“@kidruling: WAIT HOW DO YOU EVEN HACK JUSTIN BIEBER LIKE WHAT KIND OF CREATURE ARE YOU” OMG SO TRUE 😂👏

Some sought to use Bieber’s plight to their advantage:

Others took a more proactive approach:

Hello 911 I need a jet over, justin bieber’s been hacked

We’ll never know whether emergency responders heeded these desperate Beliebers’ calls. But either way, we’ll always remember those 15 terrifying minutes when it seemed the fate of our national cyber-security hung in the balance, thanks to three simple words from a rogue hacker: Justin Bieber Cemberut.

all good now. we handled it.