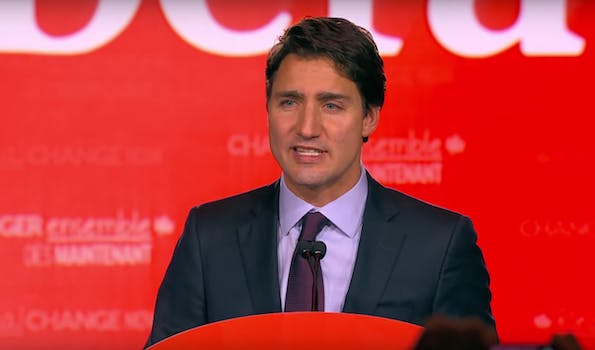 The money would have gone to the Canadian Media Fund.

On Thursday morning Trudeau swiftly shut down a parliamentary committee’s recommendation that Ottawa impose a 5 percent tax on high-speed broadband streaming services like Netflix and Spotify. The money would have gone to the Canadian Media Fund (CMF).

The CMF has recently been struggling, as have other broadcast stations with the decline of cable TV. In an effort to help the industry, the tax could have raised hundreds of millions of dollars for the group.

During Trudeau’s speech to reporters in Montreal he talked about his achievements in office, such as lowering taxes. This was followed by dismissing the taxation on streaming services.

“We respect the independence of committees and parliament and the work and the studies they do,” Trudeau said. “But allow me to be clear. We are not going to be raising taxes on the middle class through an internet broadband tax.”

The committee also recommended letting media companies deduct taxes on digital advertising on Canadian-owned platforms. No comments were made by Trudeau in relation to the suggestion.

So rejoice Canadians, and enjoy your favorite shows knowing Trudeau has your back.