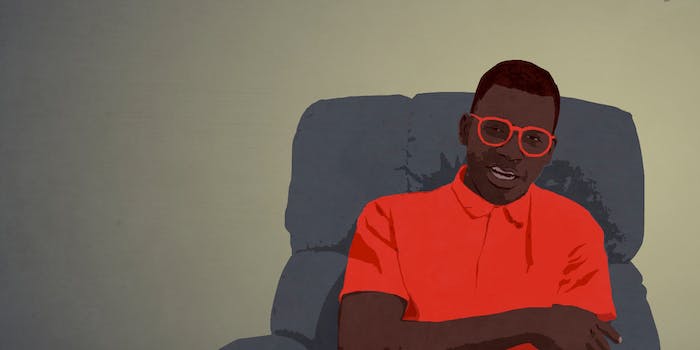 From Flipagram to 'Can't Stop the Feeling.'

Justin Timberlake’s latest hit, “Can’t Stop The Feeling,” already has more than 40 million streams on YouTube. It’s a leading song of the summer, bolstered by its carefree, dance-heavy music video.

And if you watch, you’ll see one self-taught street dancer who landed a spot in the video thanks to social media. 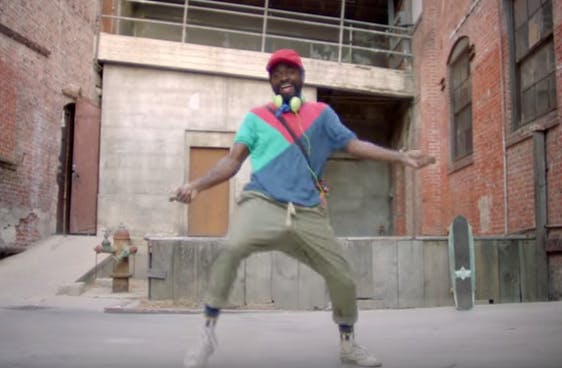 Maceo Paisley, 30, started posting videos of himself dancing a little over a year ago. He says they caught the attention of Timberlake’s producers.

“He called me up and was like ‘We got this secret project and it’s a professional gig and we would love to have you come out,’” Paisley tells the Daily Dot.

Paisley, whose real name is Maceo Keeling, doesn’t have the largest following on social media—5,000-plus Twitter followers, 2,000 on Facebook—but he says a little luck goes a long way.

“Compared to others in the dance community I have a very small audience, but it just so happens that it doesn’t always take much in order to get exposed. It’s like share your work and be in the right place at the right time,” Paisley says.

He describes his style of dance as a unique street choreography with influences of hip-hop, tap, and South African Pantsula, a speedy footwork technique that emerged in the 1950s. Paisley says when he signed on to a dance agency shortly after arriving to L.A., he felt confined and pressured to fit into hip-hop.

“I was kind of disenchanted with the dance world for a little after that,” Paisley says. But after parting ways with the dance agency, Paisley started to shift his focus to promoting his moves on social media.

“I started doing a dance video almost every week on my own and that led to some people finding me and putting me on music videos,” Paisley says.

He recently started using Flipagram where he also posted a tutorial video of the choreography in Timberlake’s video. It has more than 260,000 views a week into going live.

Paisley says using Flipagram has generated larger audiences for his dance videos over other platforms like Instagram or YouTube. (For the uninitiated, Flipagram is a storytelling app that prides itself in offering users various ways to present photos and videos.)

“I think that platform has a lot more people that are interested in dance and it’s a little less saturated than competing with someone’s awesome pictures of coffee cups,” Paisley says.

Regardless of the social platform, he’s on to something. Type in “Maceo Paisley” on Facebook and you’ll see that 48,000-plus people are talking about him. He’s a dancer, army veteran, poet, musician, designer—a modern renaissance man.

Originally from Massachusetts, Paisley says his eclectic upbringing has everything to do with what he puts out to the world.

“My parents played everything from Garth Brooks to Parliament and the Funkadelics, to Celine Dion. We had all of that bumping in the house,” Paisley says.

He was never professionally trained as a dancer, but he taught himself how to dance in his apartment. “I would record myself dancing and watch it back,” he says.

Paisley says working with Timberlake was an unexpected pleasure: “In between takes we were laughing and joking. He was keeping everyone entertained and high energy as if he were one of us.”

And while Paisley enjoys watching his social media following blossom, he mostly wants to get people everywhere up and dancing. Right now he’s focusing on throwing parties—the kind where there are no backs against the wall.