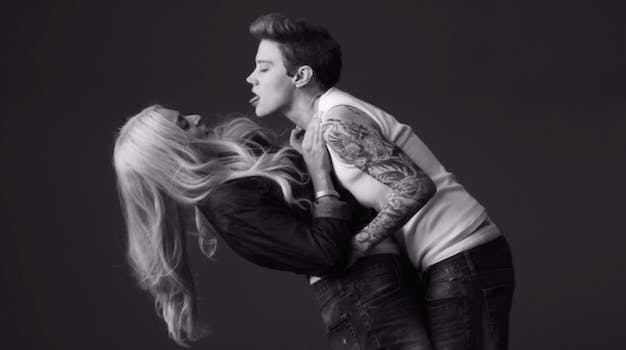 Even more ridiculous than the photos? The photoshoot itself.

Justin Bieber tried to bring the sex appeal in his potentially Photoshopped ads for Calvin Klein, but there’s plenty we missed behind the scenes.

Instead of the confident-looking Bieber we saw in photos, we now see a Bieber trying to be taken seriously, courtesy of Saturday Night Live (and Kate McKinnon in particular). Paired off with a bored and increasingly annoyed model, he does all he can to prove himself to her and the camera by scaring her, grossing her out, and telling her where his “pee-pee” is.

And you can’t forget that smoulder into the camera. That’s the most important part of everything; otherwise it just all falls apart. But he eventually gets something right.