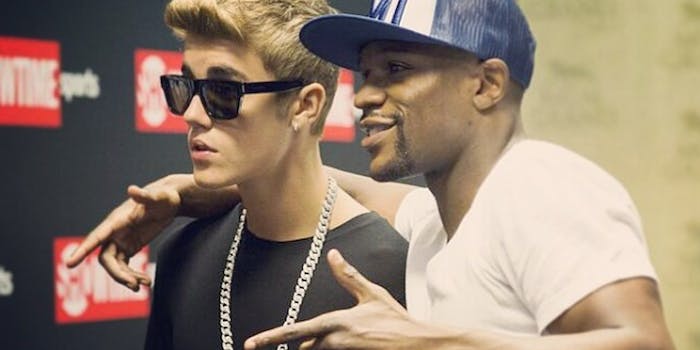 Video of the singer openly crooning the N-word to the camera has surfaced to ruin your day.

Days after Justin Bieber apologized for a video of him making a racist joke, the pop star has his foot in his mouth again.

The video comes courtesy of the U.K. tabloid The Sun and TMZ, both outlets to originally receive footage of Bieber’s original comment. The new clip seems to be taken before or after an interview session, with Bieber sitting primed and ready to go on camera. Perhaps unaware the camera is rolling, he sings a snippet of his hit “One Less Lonely Girl.” Only he changes the lyrics.

Previously, media reports were confused about the date of the first joke, in which Bieber says the N-word five times. But the Daily Mail claims that both videos are from the same source—unused footage collected in 2009, when Bieber was 14, for the documentary Never Say Never.

While Bieber already apologized for the previous video, citing his ignorance and claiming that he was “a kid” when the footage took place, it’s hard to imagine that even at the age of 14 he was unaware of the implications of his words. Especially disturbing are the fact that both jokes contain implied physical harm. The first joke, “Why are black people afraid of chainsaws?” “Run, n****r, n****r, n****r, n****r, n****r” takes on an even more disturbing overtone combined with the overt threat of the second.

When Usher said last year that fans would soon “see the truth” about Bieber, we’re pretty sure this wasn’t what he had in mind.