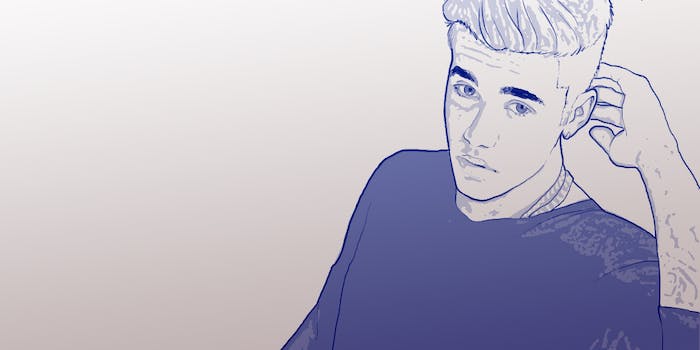 Call Justin Bieber on his cellphone for a ‘Hotline Bling’ remix

The “Hotline Bling” remixes can’t stop, won’t stop. And now Justin Bieber has figured out a way to get in on the action.

Last night, Bieber pulled a Lana Del Rey and tweeted out a number where fans could hear his remix of the Drake hit. He’s in the process of promoting his upcoming album, Purpose, but thankfully this promo does not involve surprise photo shoots or creepy comments from his dad.

The two-and-a-half-minute cover has the appropriate landline static, and a trademark Bieber “Where are you, girl?” intro, but it’s really missing Drake’s interpretative dance. The remix’s writer, Poo Bear, told Fader that they tweaked the song to make it seem like Bieber and his “brother for life” Drake were being played by the same girl: “I thought it was really like a little baby soap opera.”

Now we just have to wait for the inevitable remix of Bieber’s remix.