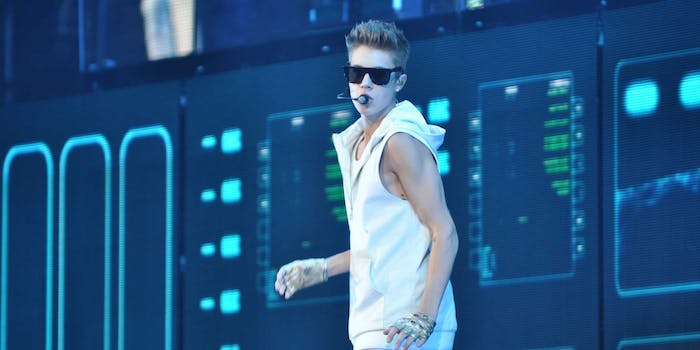 Is Bieber having Normal Teen FOMO?

On Saturday (April 25) night, Bieber showed up at Chatsworth Charter High School in Southern California and, based on several videos and tweets, made some of the most magical prom memories ever. It’s unclear why Bieber showed up at the dance—maybe he’s feeling sad about missing out on some of those classic high-school experiences?—but he did.

“Justin Bieber showing up at our prom? I think we know who had the best prom this year,” reads a tweet from the Chatsworth senior class.

While there, the singer, who was also joined by Hailey Baldwin, took to the dance floor and shared a few of his sweet moves. Some of the prom goers posted videos of the surprise visit to Twitter, which can be seen below.

THANK YOU @justinbieber FOR THE BEST PROM pic.twitter.com/FyUXQlrR60

No other prom will ever be as turnt as #ChatsworthProm2k15 !! Did @justinbieber go to your prom ?? pic.twitter.com/2lP3rPtbi4