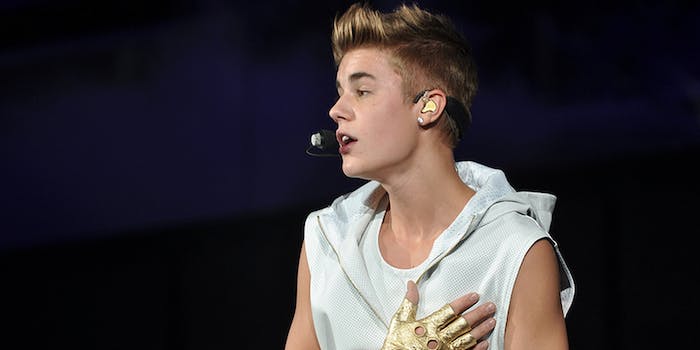 Justin Bieber is getting his own Comedy Central Roast

No shortage of material here.

Now we have a reason for all of Justin Bieber’s antics over the last year: He was giving comedians material for an upcoming Comedy Central roast.

Even after Comedy Central quit televising actual New York Friars Club roasts of comedy legends to produce a series featuring targets like Pamela Anderson and James Franco, the concept had a veneer of entertainment value. Now you can kiss it goodbye.

Fading pop star and walking sense of entitlement Justin Bieber will take to an oversize throne to be ruthlessly insulted by Jeff Ross and other stand-up comic ringers who don’t know him personally, all in front of an audience that will likely include Ryan Seacrest. (We can only surmise that the American Idol host is assuming roastmaster duties.)

For years I have wanted Comedy Central to roast me. They said only if I provided them w/ more material so for a year now I have worked hard

Finally after all that hard work for my 21st bday it's happening. Thanks @RyanSeacrest & @ComedyCentral for the announcement. Let's do it :)

The ratings-bonanza special—nothing sells like schadenfreude—will air on March 7. And if you find yourself somewhat excited despite your better judgment, allow us to remind you that Bieber is capable of ruining basketball games, Calvin Klein underwear ads, and even the Great Wall of China. Presiding over an unwatchable Comedy Central program should be a cinch.