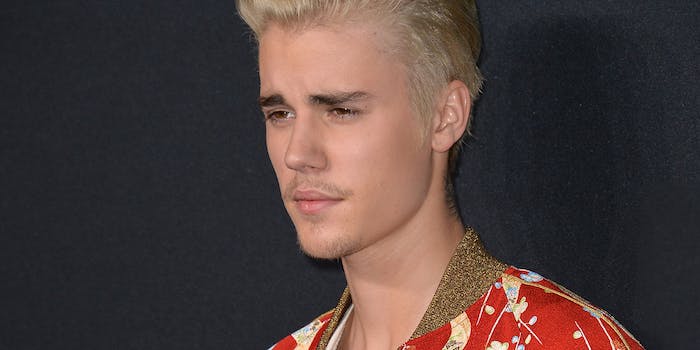 'Grimmie, can you hear me?'

Justin Bieber is the latest musician to join the industry-wide mourning of slain singer Christina Grimmie. And his unhinged tribute will make you shake.

Grimmie, a former Voice finalist who made a name for herself with a 3-million-subscriber-strong YouTube channel, was murdered Friday after a concert in Orlando. She had been signing autographs when a gunman—27-year-old Kevin James Loibl—shot her multiple times in front of more than 100 fans.

No clear motive has been established, though Loibl did reportedly post disturbing messages professing his love for Grimmie in the weeks leading up to her murder. Loibl fatally shot himself on the scene.

Performing onstage at the MTS Centre in Winnipeg, Canada, Bieber fell to the floor during “Purpose,” belting out “Grimmie, can you hear me?” The concert took place Saturday in the immediate aftermath of the news, but a fan video went viral on Tuesday—becoming a Facebook trending topic.

Bieber reportedly met Grimmie during her stint on The Voice.

On Monday about 500 fans gathered in Grimmie’s hometown of Evesham, New Jersey, for a vigil, according to the Courier-Post. Her Voice coach, Maroon 5 singer Adam Levine, has reportedly offered to pay for her funeral expenses.