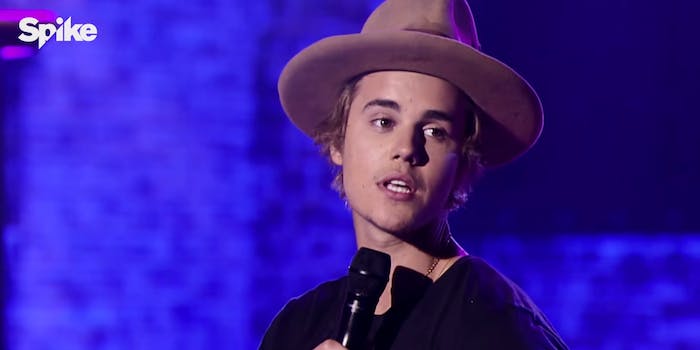 Justin Bieber has been trying to improve his image ever since his antics started making more news than his music. His latest attempt reminds us that he’s still the same person the world fell in love with.

Bieber appeared on Lip Sync Battle and faced tough competition against Deion Sanders. Instead of coming out in full force, he started by showing us his softer side by lip-syncing to “Big Girls Don’t Cry.” Yes, it’s as great as you imagined.

Bieber first bares his soul for all to see, but once a false sense of security settles in, he unleashes the monster and hops on the “crazy train” for the finish.