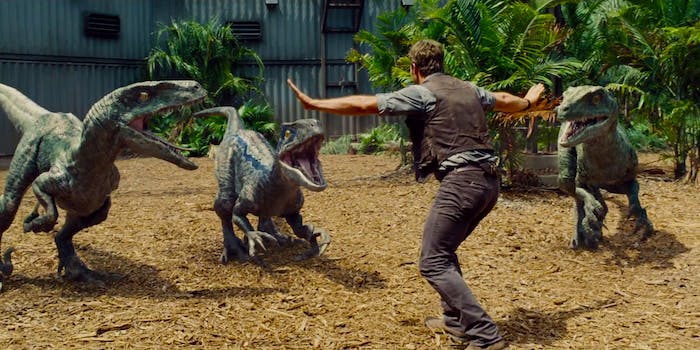 Hold on to your butts; there’s a new ‘Jurassic World’ trailer

Chris Pratt really wants you to relate to some dinosaurs.

The park is open, but that might not be such a good thing.

With the newest Jurassic World trailer, we get plenty more of Chris Pratt and his raptor squad, but in between shots of him calming those reptiles down and trying to get Bryce Dallas Howard to relate to them, we have more of a fleshed-out story, and of course it boils down to money. The park itself is successful, but the powers that be are trying to bring in even more people (and profit) with even bigger and better products, which leads to some genetic modification in the form of the Indominus rex. And then all hell breaks loose.

Death and destruction? Slim chance of success? Slow horror reveal? Potential for someone to go “I told you so”? Count us in—and we’re already holding on to our butts.