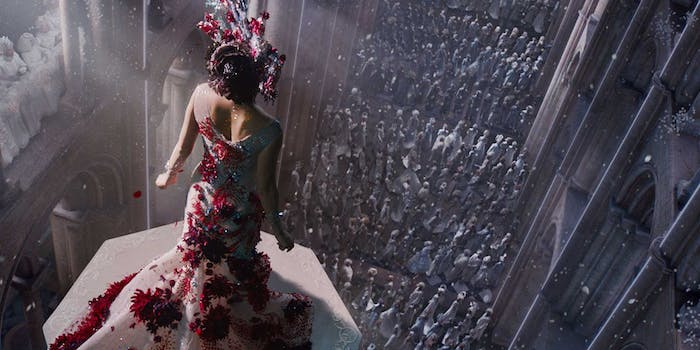 The Honest Trailer for ‘Jupiter Ascending’ is hilariously accurate

We didn't think it was possible to make 'Jupiter Ascending' sound any more ridiculous, but this trailer managed it.

Is it possible to totally agree and disagree with something at the same time? If so, that’s our reaction to the honest trailer for Jupiter Ascending.

As always, the people behind the Honest Trailers YouTube channel produced a hilariously accurate interpretation of the movie. Jupiter Ascending does indeed have terrible dialogue, a bizarre story concept, and Channing Tatum playing a space wolf-man who rides around on neon hover boots.

However, these are features, not bugs. Jupiter Ascending is a masterpiece of modern cinema, and we refuse to hear a word against it. Including the magnificent scene where Mila Kunis finds out she’s an alien clone princess because she can control bees, and “bees can sense royalty.”

We hope this isn’t the last time a studio gives the Wachowskis a bunch of money to make a ridiculous movie. But if it is, at least we have their Netflix series Sense8 to look forward to next month.