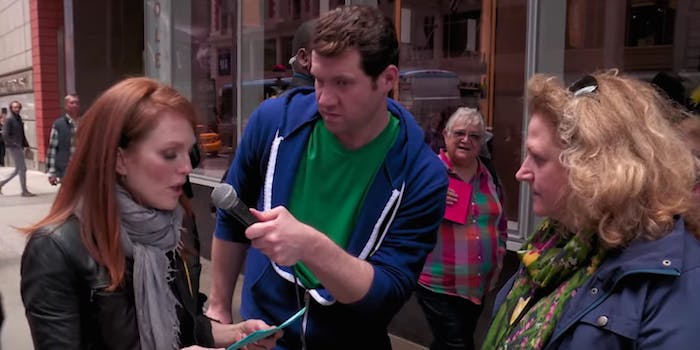 And they nominated Annette Bening over her. Can you imagine?

On this week’s Billy On the Street, Eichner brought the actress to Times Square in Manhattan to compete for tips with all the people in Elmo and Batman costumes. The twist? Moore performed lines from her most iconic roles for the tourists instead of posing for selfies.

And they nominated Annette Bening over her. Can you imagine?

Screengrab via Billy on the Street/YouTube