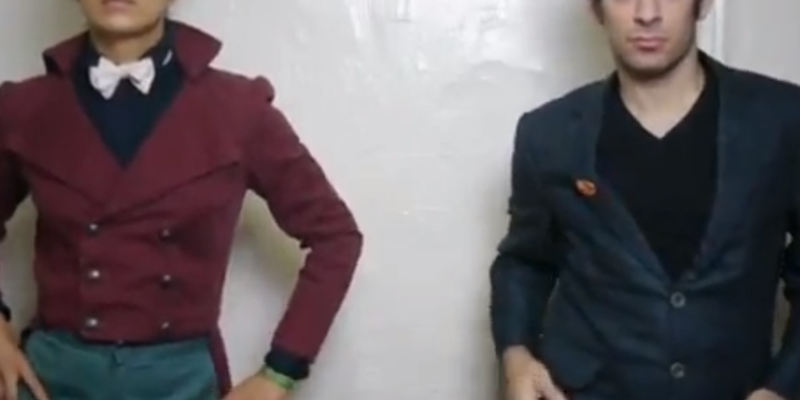 Jonathan "Song-a-Day" Mann, a YouTube celebrity who has posted more than 1,400 original songs to the site, sang that he and his girlfriend are breaking up.

They’d been together for five years and 1,435 songs, but the sad news out of Camp Jonathan and Ivory is that the couple is breaking up. Somewhat unsurprisingly, the two songwriters announced their amicable split Wednesday afternoon in a bittersweet song, one matter of factly titled “We’ve Got to Break Up.”

The relationship between Jonathan Mann and Ivory King became a public affair in part because of King’s presence on Mann’s popular YouTube channel, which he’s updated every day with a new song since he first debuted “The Rock Cookie Bottom Report #1” in September 2008. She’s been the subject of some songs and a contributor to others. The two’s 2011 cut of “Vegan Myths Debunked” remains one of the channel’s best.

But their journey together is over. As “We’ve Got to Break Up”‘s lyrics insinuate, Mann and King are splitting up because there are “just some things no relationship can survive.”

Odds are that there are a few “things” within the two’s dynamic that have become somewhat insurmountable, but the most pressing concern mentioned was children, and whether or not the two would have them. As the song’s first verse explains, Mann was all in and King was all out.

“It’s really sad,” Mann wrote in the video’s comments. “I’m really sad. I think you may have been able to tell in some recent songs.

“It’s going to be a hard road ahead for me, but I know that this is the right decision and that eventually we’ll both be happier in the end.”