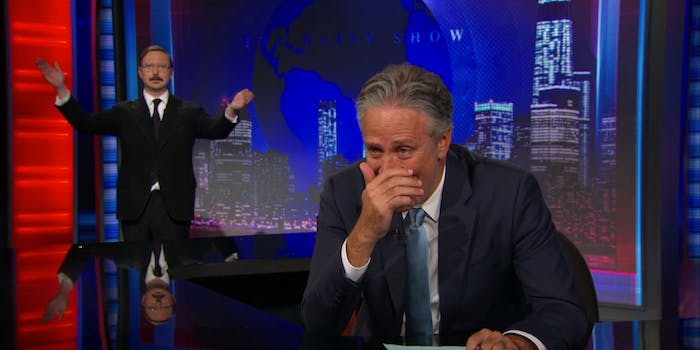 Hodgman knew just how to thank a host who always knows just what to say.

Jon Stewart hasn’t even left The Daily Show yet, but the tributes are already pouring in from his former correspondents.

John Hodgman showed up on Thursday night’s show to give Stewart a retrospective of his hosting duties over the years. After all, we don’t have that much time left with him. We need to remember the good times, and, with Hodgman promising to make this a recurring segment, we’ll have plenty to look back on fondly.

“You always set yourself apart from the other television rabble with your skills as a communicator,” he said, “an eloquent orator blessed with the ability to articulate our nation’s frustrations or glee, with a level of insight and passion that would make history’s greatest wordsmiths hang their head in shame.”

Stewart really does have a way with words.