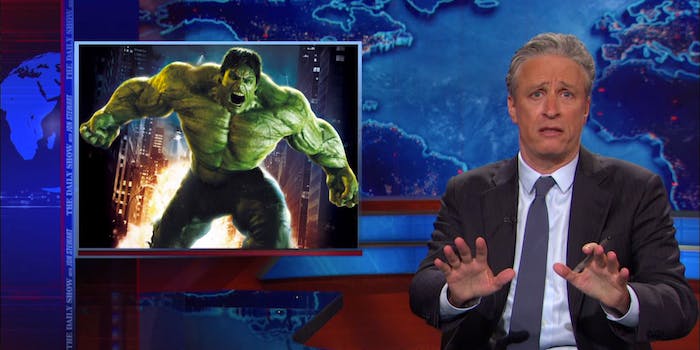 As he leaves ‘The Daily Show’, Jon Stewart checks in on all the things he eviscerated

Jon Stewart went meta on his penultimate Daily Show as he reflected on how the media has treated him over the past 16 years.

Pulling a John Oliver, Stewart couldn’t possibly leave any stone of mockery unturned, and that even meant turning on the very websites that exaggerated headlines about his takedowns of politicians, Fox News, and racial issues.

Of course, Stewart had to check in to see what happened to everyone the media took down with their hyperbolic headlines, while simultaneously covering many of those topics one last time.

As it turns out, not everyone Stewart targeted over the years is as destroyed as we said they were, leaving him to come to a very dark revelation.

But hey, at least the Mets are winning the NL East.