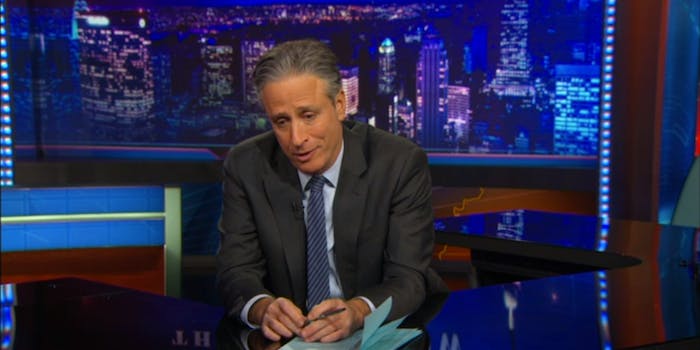 He argues that going into comedy "shouldn't be an act of courage."

Like Conan O’Brien, Jon Stewart opened his show Wednesday by addressing the Paris shooting at the office of the French satire magazine Charlie Hebdo that killed 12 people.

The shooters killed a number of employees who were involved with satirizing religion in the magazine, particularly of Islam and the prophet Muhammad, and as a man of comedy and satire, he left the jokes off the table as he called out the senselessness of it all.

“I know very few people go into comedy as an act of courage, mainly because it shouldn’t have to be like that,” Stewart said. “It shouldn’t be an act of courage; it should be taken as established law. But those guys at Hebdo had it. And they were killed for their cartoons.”

He recognizes that he lives in a country where a comedian, writer, or cartoonist won’t be killed for satire, and despite how much he blasts news organizations, society, and politicians—as he would do per usual shortly after this—they’re ultimately on the same side.