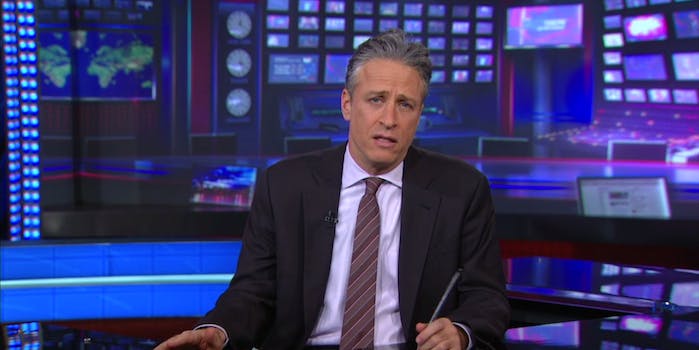 His hair turns grayer by the second.

Jon Stewart has been gracing our TVs for much of his younger audiences’ lives, but we might not realize just how much he’s changed until we look back.

Stewart’s colleagues have been doing that for him every week until he goes, but a fan named Billy Chasen took it to another level and made a supercut of Stewart (and a little bit of John Oliver) at his desk for the past 16 years. The hairstyles, the color, and the facial hair may change, but his determination to mock politics and the media have always remained the same.

Even with the constant reminders that Stewart is leaving, we won’t be ready for when the time actually comes.