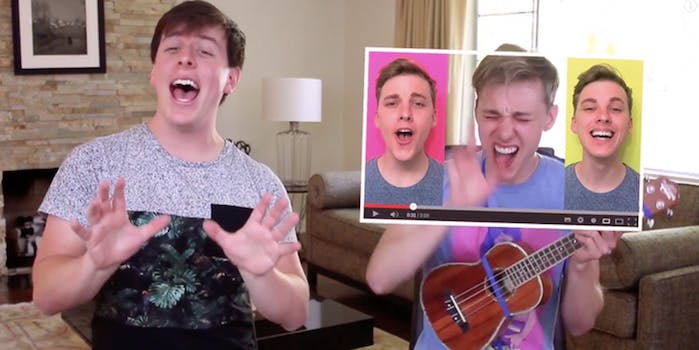 Vine stars are bratty, YouTube is for Vevo and Fallon, and other musicial burns.

Anything Vine can do, YouTube can do better, at least according to Jon Cozart’s latest musical parody.

Cozart, aka Paint, paired up with Vine superstar Thomas Sanders for the ditty, that has the duo joking about the world of their chosen platforms.

Sanders jokes about having double the reach of Cozart (7 million to Cozart’s 3.8 million), and Cozart jokes about Sanders only lasting six seconds. They even pop in some graphic tricks like Sanders’ looping video head and Cozart showing off his a cappella chops.

If you’re looking for a good burn for your favorite YouTube or Viner, this video doesn’t pull any punches, yet still ends on a friendly note.