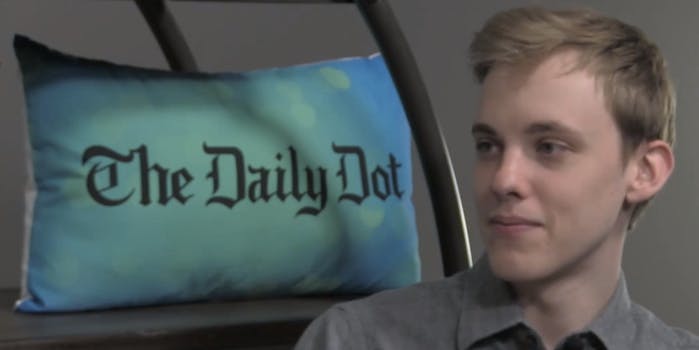 YouTube's Paint is planning to take on a new frontier: live performance.

Jon Cozart has been making YouTube videos since seventh grade, but the college senior is a total newbie to South by Southwest, despite living in Austin, Texas.

“I couldn’t bring myself to go before, just because I didn’t know what it was, and nobody had ever sold it to me,” Cozart told the Daily Dot during his first visit, where he was checking out panels and events before leaving town on vacation.

Cozart rose to Web fame with his Disney parody videos that combine funny speculations of the future lives of favorite characters with masterful a cappella layering of his own voice to supply all the music. While other YouTubers schedule content weekly, Cozart, who posts on the channel Paint, manages to publish only a few times a year.

His video career started as a way to avoid writing papers in middle school. He’d offer to make videos instead, and he kept that up through high school.

While he’s still got more to explore in the digital world, Cozart is working on a major offline project for the summer. He’ll travel to Scotland and take part in the Edinburgh Fringe Festival with a one-man show that he’s still putting together.

“I’m going to do a live show there for a full month,” he explained. “I’ve never done any live show; I’ve done a five- or 10-minute show during a YouTube convention. But I’m trying to write original content for it, and hopefully it’s a new career path. I don’t know what I want to do exactly, is the honest truth.”

Luckily Cozart has plenty on his plate until he figures it out.