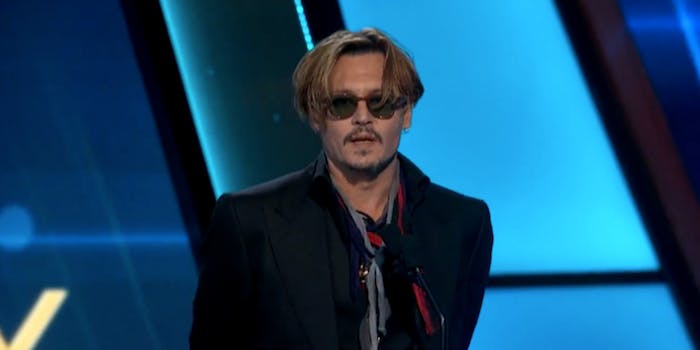 Captain Jack Sparrow, are you in there?

Depp slurred, cursed, and questioned the existence of the microphone in front of him. Was he drunk or was this ac-ting? Clearly, Depp needs his own one-man show, with several breaks for the changing of scarves.

Before leading into the Gordon clip, Depp summed up his existence on the stage: “I mean, it’s one of those nights.”

We’ve all been there?