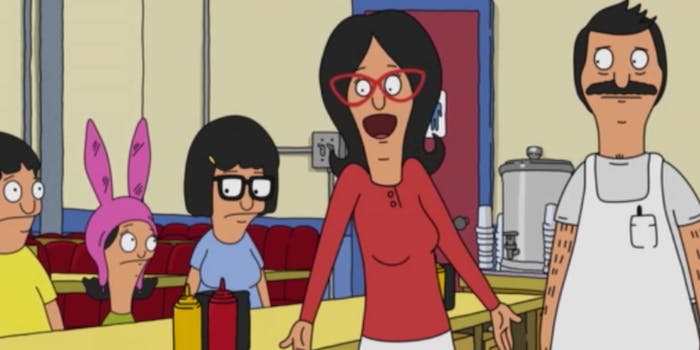 Make it nice around the tree.

John Roberts is the voice of Bob’s Burgers matriarch Linda Belcher, but long before the wild success of the animated show, he was an early YouTube star. And it’s time to revisit one of his masterpieces.

In 2006, Roberts wrote and starred in a clip called “The Christmas Tree.” It illustrates the life cycle of a Christmas tree, as told by Roberts’s brassy mom character, which is apparently an homage to his own Brooklyn-born mother.

Roberts called back to the clip in a Bob’s Burgers episode, too.

He starred in several more clips, in which his character gives amazing mom-ologues. It’s interesting to see how he evolved into Linda.