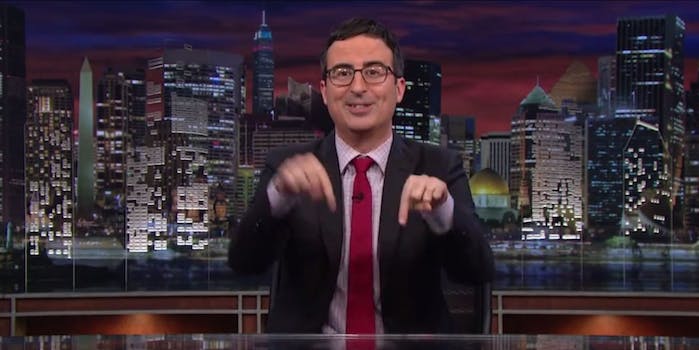 Swinging back at the haters.

This time around, he decided to address some of the comments, no doubt lighting a second set of fires.

Oliver highlights and addresses several comments left on the video, including “John Oliver’s face does look like a parrot” and “this guy is BRILLENT.”

When Last Week Tonight returns to HBO on Sept. 7 (something one cherry soda connoisseur will definitely be boycotting), he will no doubt have plenty of new material.