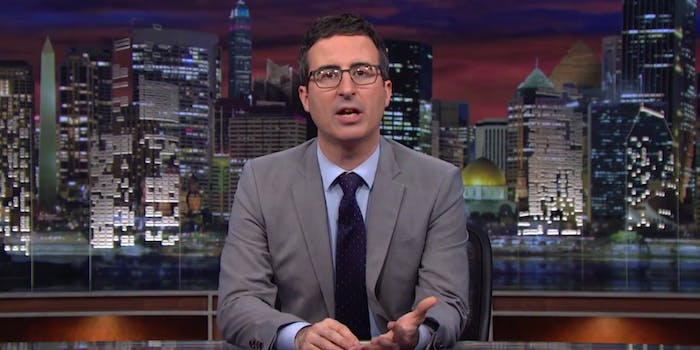 Even on vacation, John Oliver is on-point.

John Oliver, whose HBO hit Last Week Tonight took last week off, won’t let something like a little hiatus stop him from reporting on the past week’s biggest news story.

Despite everything Oliver could’ve possibly predicted, he stuck with the utterly predictable this time around: Independence Day “or, as they call it where I’m from,” says Oliver, “the Day of Colonial Aggression.” And, of course, it wouldn’t be the Fourth of July without fireworks.

And so, with excruciating detail, Oliver described what was probably your Fourth of July weekend fireworks experience, from the parking hell to the explosive finale.

All that’s needed is a mention of our inability to watch fireworks without having our phones out and it’s a perfect picture.