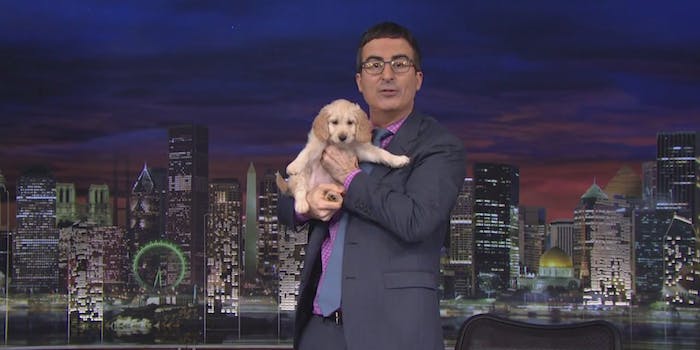 At this point, John Oliver has become an expert at eviscerating almost anything he discusses, and now he’s set his sights on Dr. Mehmet Oz.

Congress ripped Dr. Oz a new one earlier this week for his “flowery” language and the various claims he made about weight-loss aids on his TV show, and Oliver devoted more than 16 minutes of his 30 minute show—practically an eternity in YouTube time—to shedding light on the U.S.’s problematic lack of restrictions for dietary supplements, a matter in which Dr. Oz is only a symptom.

Oliver shows him just how easy it is to pander to your audience without having to spout out dangerously misleading medical information.

All you need is George R.R. Martin, a puppy, and a tap dancing Steve Buscemi, and you can easily pander to your audience without offering terrible drug advice.