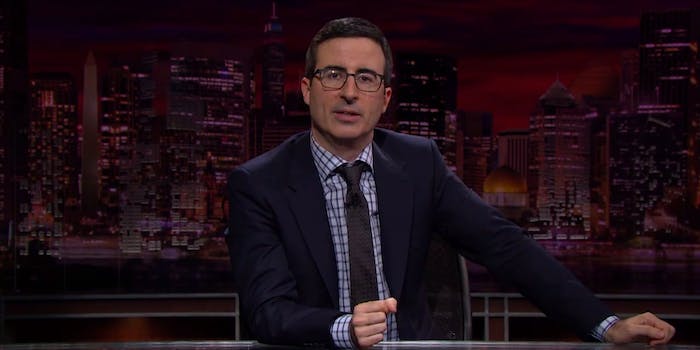 “I’m assuming this is all gonna end in butt stuff.”

Even John Oliver can go too far.

Oliver, whose influence is felt even when he’s on hiatus, delivered a hilariously half-hearted apology in a web-exclusive video released on Sunday. The host of Last Week Tonight is still pissed off about the casting of Christian Grey in Fifty Shades of Grey—not because Jamie Dornan was cast, but because Oliver (or someone like him) was never considered.

Despite the fact that the movie is already finished and about to be released, Oliver audaciously submitted his audition tape to the producers anyway. He might be basing it off of a Wikipedia entry in assuming that everything will “end in butt stuff,” but let’s face it: From what we’ve been hearing about this movie, Oliver would probably be a better Christian Grey anyway.